Every time I go to Africa I learn something new. I learn new things about the places and cultures, and about how one country or one region or one tribe is different from another. And whereas when I first went to Africa everything was new and different and very black and white, over the years I’ve begun to understand the subtle nuances of why some things are the way they are. More exciting for me is that in coming to understand more about Africa and the Africans, I’ve come to understand more about myself.

My most recent revelation was on my last trip to Kenya. As a missionary, you grow in your relationships with the people you’re partnering with. As that happens, you begin to learn more not only about their interactions with you, but their interactions with each other. What I learned this time was that, with some notable exceptions, Kenyans are very hospitable people, but not very generous. They are willing to take people into their homes and spend time with them, but when it comes to giving money or volunteering for a cause, it’s a much more difficult proposition.

So I started thinking about that. How do we (missionaries) show a good example of how to be generous? Because we’re generous, right? And it was at that point that I learned the lesson about myself.

In the book of Mark, Jesus is at the temple in Jerusalem, and makes an observation to his disciples.

“Now Jesus sat opposite the treasury and saw how the people put money into the treasury. And many who were rich put in much. Then one poor widow came and threw in two mites, which make a quadrans. So He called His disciples to Himself and said to them, “Assuredly, I say to you that this poor widow has put in more than all those who have given to the treasury; for they all put in out of their abundance, but she out of her poverty put in all that she had, her whole livelihood.”

So how is this different from how we as missionaries act when we go overseas? We go to a foreign places, throw some money around, go home, and congratulate ourselves on how generous and giving we were. We give away used shoes and clothing, undermining the local merchants, and hand out money that creates dependency, ruining Africa one person at a time. Is this generosity? I think not. We give money because for us, relatively speaking, it’s easy to come by. They (the Kenyans) give of their time, because (again, relatively speaking) it’s easy to come by. Neither is really generous when it comes down to it, because, as we learned from the story of the widow’s mite, true generosity is when you give out of your lack.

I’m not saying that giving money is a bad thing, far from it. But what would it look like if we gave not only our money, but invested in meaningful relationships with those we are partnering with. What if we truly gave of our time and emotional reserves and truly bore each other’s burdens as if we were family? This is the model that Jesus set up for us, because we are brothers and sisters in Christ and therefore heirs of the same Kingdom. And that is the example of generosity.

Some people see life as a pie, and there’s only so much pie to go around. When you see life that way, you do all you can to get as much pie as you can, because the pie will soon be gone.

Others see a life of infinite pie. There will always be more pie. As Christians, we need to see life this way. We know the one who makes all the pie, and if we just ask for it with the intention of giving it away, he will give us more. But in order to receive it, there has to be less of us, and more of Jesus. That’s when we’ll see generosity take hold. 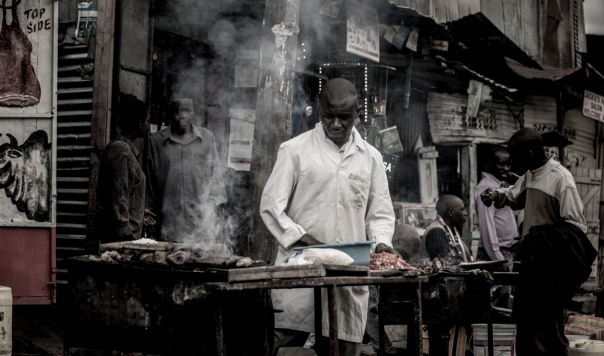