I’ve now been back from Ethiopia for a week. I rolled into town on Saturday night, and had to be at a conference on world missions literally the next morning. That conference ended this morning and now I have a moment to stop and gather my thoughts. I saw a number of encouraging and discouraging things on this last trip to Ethiopia, but fortunately it was mostly the former. Back in 2012 I began to pray that I would see God move, and that prayer has not just been answered, but continues to be answered in ways more profound than I knew I was asking.

My first trip to the Borana region along the borderlands of Ethiopia and Kenya was no exception. It was like no place I’ve been before. I wondered in a previous blog if it would be similar to South Sudan, due to its proximity, and the answer is that it wasn’t similar to South Sudan in either landscape or culture.

I’ve been to eastern Ethiopia a few times now, and whereas that region is dominated mostly by Islam, the southern region is mostly animist or traditional religion. Books and movies tend to have a somewhat romantic vision of animism, but when you actually go and talk to the people living it, you find out just how oppressive it is. I will probably get into the details of that in a later blog, but for now I’d just like to tell a short story about a woman (a girl really) that I interviewed last week, and how it relates to the western church.

My main function in going to the places I do is to tell the story to others when I get back, through photography, video, and writing. Consequently I always have my ears and eyes open for compelling stories when I’m out in the field. As I listen to reports of the indigenous church planters, patterns develop. One of those patterns is one of persecution. It’s almost universal, which is something the western church has a hard time understanding. This again is something for a future blog, and why persecution is not only to be expected, but in some ways is necessary to complete our calling.

So when I hear a story that goes completely against the grain of what’s normal, I take notice. I met a woman who was 24 years old, though honestly she didn’t look over 18. She was both quiet and unassuming, yet at the same time fierce. She had gone out to a village where the gospel of Jesus had not been heard yet, and in six months sixty people had committed their lives to Christ, and 51 had already been baptized. She was not being persecuted, and in fact more people were hungry to hear what she had to say.

When I bring this report home, the church is of course elated. It is, after all, good news. But then I started to think about it, and the broader issues of what this means.

You see, Jesus told us to go, figuratively speaking, to Jerusalem, and Judea and Samaria, and to the uttermost parts of the earth, teaching all he commanded and making disciples. When we hear stories over and over again of persecution and people falling away because they are physically attacked, or rejected by their families, or they’re fired from their jobs, it’s easy for us to tell ourselves this is why we haven’t fulfilled this command. But when I meet a woman that goes to a new village and has huge success with no persecution, the truth comes out; the truth that there was a village out there that was hungry for the gospel, the the only reason they didn’t receive it was because in 2000 years since the instructions had been given, no one had bothered to go.

The good news is that it’s never to late to change our priorities, but how many have been lost in the interim? While we send 40% of our short term missionaries to Mexico, a nation with a sizable church presence capable of doing their own work, we virtually ignore the thousands of people groups that have never once heard the gospel. Oswald Smith said, “No one has the right to hear the gospel twice when there are those who haven’t heard it once.” I agree with him. We go repeatedly to the places that are easy and saturated, while ignoring the places that are hard. But awareness and faithfulness are everything. Now that we are aware, let us be faithful to do the job that we have been given.

I’m not putting up a picture of the girl I spoke of, but I am posting a few other pictures from the southern region of Ethiopia. 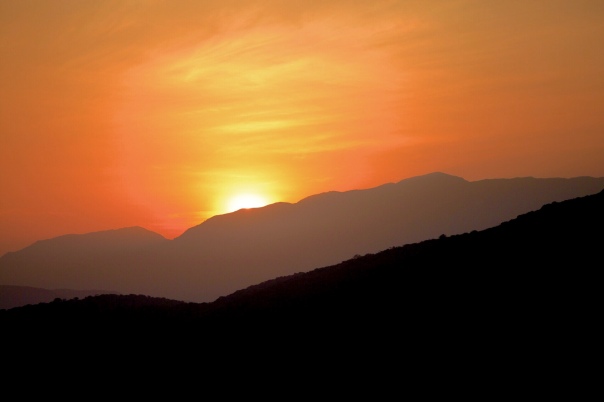