Over the past several years, my role in missions has changed. I have been to a lot of places I could never have imagined being, and formed relationships with people that from first glance I would have thought couldn’t be more different from myself. The latter part I of course couldn’t be more wrong about. My tasks have changed drastically as well. I am now in leadership in a missions organization. As such, I have been taking time lately to assess how I see things progressing or not progressing. I’ve been asking myself what the initial task was that God gave us, and asking whether we are still on that path or if we’ve strayed from it. As things begin moving, it’s easy to start looking out the side windows of the car and say, “Ooh, look at that!”. Pretty soon you find yourself off in a field looking at a replica of Stonehenge made out of junk cars. It’s not necessarily a bad thing to look at, but it’s definitely not what you were sent to do. As the quote goes, “The good is the enemy of the best.”

The good thing about having been involved with so many people and missions is that I’ve been able to see what works and what doesn’t. Which is what brought me to Luke 10 this week. It’s the chapter of the Bible where Jesus sends out 72 disciples in pairs as a kind of advanced party to everywhere he will shortly be going. It’s the only chapter where they’re mentioned, and until this past week I had never really though about who or what they were.

In reading, I’ve come up with a theory that is tied to Jesus’ leadership style. Some of the key points of how Jesus led, and consequently what we should emulate as leaders, are leading by example, leading through servanthood, and by delegating tasks to his disciples and allowing them to either succeed or fail. The last one is particularly key, because it’s clear that the disciples, and probably everyone, learned far more from failures than from instant success. Also key is that Jesus did not do everything himself, but delegated tasks, knowing that in order for success to continue past today or next week or next year, he had to raise up people who could and would do “greater things than these.”

So who were these 72 he sent out? I think we need to back up a chapter to Luke 9 where Jesus sends out his 12 disciples, his inner circle to do the following.

“When Jesus had called the Twelve together, he gave them power and authority to drive out all demons and to cure diseases, 2 and he sent them out to proclaim the kingdom of God and to heal the sick. 3 He told them: “Take nothing for the journey—no staff, no bag, no bread, no money, no extra shirt. 4 Whatever house you enter, stay there until you leave that town. 5 If people do not welcome you, leave their town and shake the dust off your feet as a testimony against them.” 6 So they set out and went from village to village, proclaiming the good news and healing people everywhere.”

In chapter 10 Jesus gives virtually identical instructions to the 72, and the reports when they get back from their journey are also almost identical to that given by the 12. So what does this mean? I think the key is in the number of disciples. How many times does 12 divide into 72? The answer is 6, with no remainder. I believe that as Jesus was a good delegator, he gave each of his inner 12 the task of training 6 others. Often the best way to make what you’ve learned stick is to teach someone else as you’re learning. Consequently Jesus sent out the 12 first, and what they learned they were then able to pass on each to 6 more. Why else would Jesus last instructions to his disciples before he was taken up to heaven be, “go therefore and make disciples of all nations, teaching them all I have instructed you?”

There are two things I can take from this. The first is that missions will never be successful unless we are investing in people and raising up disciples. The second, and I think where missionaries and church leadership often makes the biggest mistake, is that Jesus didn’t try to do it all himself. He raised up leaders. He allowed people to fail, and in doing so he raised up more competent, passionate leaders. And if Jesus didn’t try to do it all himself, what makes us think we can? It’s something to think about. 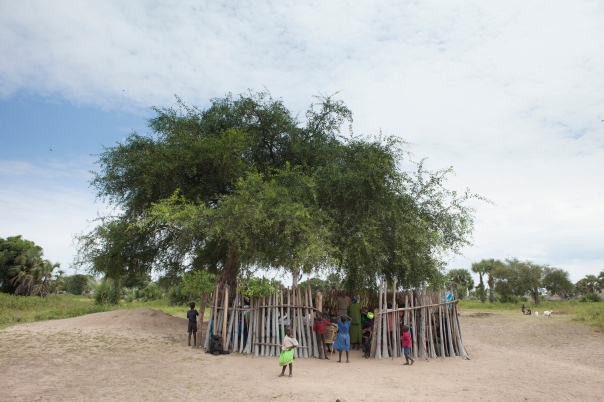