When I write this blog, I always have to be aware that everything I observe is as an outsider. As such, my thoughts on everything African should be treated as suspect, even if the opinions I express are informed. So I take it as a blessing when something I have written in the past is confirmed by an African source, even if I’d rather the subject was not true. That happened this week, as a friend of mine in South Sudan wrote a small piece. His name is Manyang Mayar, and he’s a journalist.

Four years ago, I laid in a hammock in Bor, South Sudan, trying to sleep. I was unable to sleep though, because the noise was keeping me up. I wrote down an observation at that time that has been one of the most commented on since then. This short entry was written as an outsider coming into South Sudan. This week Manyang wrote a piece from the perspective of an insider going out of South Sudan. I’m going to post mine first, then his. I think you’ll find the two perspectives enlightening.

The Terrifying Sound Of Silence.

Just a short post as I sweat here in my hammock. As I lay here in complete darkness, but hearing music in the background, I’m reminded again of an observation made on my first visit and only confirmed since then. The South Sudanese hate silence. They listen to music all night. When they’re in a car they crank the stereo up until it distorts. You can be standing in a group of people having a conversation, and one of them will start blasting a song from their cell phone. It’s as if they think as long as there’s music or noise, things are ok. That bad things only happen during the night, when things are silent and dark, and terrible things come out of the darkness and silence. When it’s dark and silent, that’s when the attacks come, when children and cattle are stolen. It’s when the snakes crawl into your bed for warmth. It’s as if as long as there’s noise, things are alright. It’s like children who are afraid of monsters, only here the monsters are real. There’s been a lot of talk here about insecurity, about the attacks that come from cattle raiders, and the fact that they’re not far away.  70 people were killed here just last week in cattle raids, and people go to bed afraid. And so I think of that as I lay here in my hammock, wishing for silence.

And now Manyang’s article. This was used with permission.

A night out of Juba is worth good meal of hundred years.

First Published in PaanLuel Wel. For those who could not access the site in Juba.

(SSB 7 January 2018) I just discovered why my fellow South Sudanese who travel outside of the country’s capital return to Juba healthier compared to the time they left Juba.

For the past many years, I have been seeing some South Sudanese leaving Juba to East African Countries in order to spend their holidays. Sometimes others go for training or for studies in Nairobi or Kampala, Addis Ababa or China and other foreign countries. Most of them fly out of Juba International Airport or cross through the Nimule border with a rough skin and wrinkled faces. But when they return, they come back home with smooth skin; looking fresh and healthier than the time they left Juba.

I have been wondering what could it be – the thing that improves people’s health instantly in the foreign countries. I used to think it might be the cold nice weather in those countries that improve their health, or it might be the nice food or perhaps the free public transport that you don’t need to fight for like in Juba. Fortunately, a time came for me to experience the secret myself.

After spending some few nights outside of Juba recently in one of the East African countries, I had a chance to discover the secret of why South Sudanese become healthier when they are out of Juba.

Sleeping in one of the estates in one of the Kenyan towns, I experienced the calm and peace that my soul and spirit had been longing for. Every evening after I take my shower and eat (just the same maize flour and ngete, the same food I eat in Juba), I go to bed and sleep until morning.

There was no time in the night that a sound of bullet from robbers woke me up. I didn’t have to pause my breath at midnight in order to pay attention to some little sounds outside. And when my bladder has accumulated urine, I wake up easily and go to the urinary without any worry at all. And during the past few days that I have been here, I have found that relaxation and peace of mind that I, like most other South Sudanese, don’t really find back home.

In Juba, after taking my shower and have taken my evening meal, I go to bed. I spend many hours paying attention to little sound happening outside. It could be a wind blowing those empty bottles outside, or some of those wild cats and dogs stepping on some metals. But because my subconscious mind is full of stories about how unknown gunmen had raided the other house, I don’t usual catch my sleep and rest easily.

Worse of it all is when my bladder becomes full of urine. When this happens, I usually open my eyes into the dark and throw my ears outside to access the situation. Is there someone moving, could there be someone waiting for me outside? And then my heart will start pumping. Because of those thoughts, I sometimes convince myself that the morning is soon approaching and that I should ignore for just few hours. My bladder would remain hurting until morning.

Some other nights, I carry with me a container to use later at night when urine knocks the door of my bladder. But even though I have a container in the house, you don’t urinate at ease. I first let my ears do the environment check before I make any move in my own house.

This is the life many South Sudanese go through. People in Juba go to bed alive and died through the whole night. And when the daylight breaks, their being alive becomes a reality again. This is the reason they look healthier when they travel outside Juba even if it is just for a week. This is another beauty of peace that we don’t know. That is why some of us are desperately looking for peace.

When we talk about the need for peace, it is not just about stopping war, it is actually about bringing that kind of atmosphere where citizens can sleep at ease in their houses and not worrying about anything at all in their country.

So what is it that make these East African Countries peaceful compared to our country? It is on two simple things: the strong rule of law that crack down the crimes and the hard working citizens who strive to work for themselves.

In my country, the rule of law is weak in combating crimes and people are relying on short cut to get their wealth. Instead of going to the countryside and produce food, majority of unemployed hungry folks remained in the city only to be night robbers. Of course they exploit the chance of the soft rule of law against them. And by doing what they do, they are making most of their fellow citizens especially in Juba get sick each night.

When we choose to embrace peace and hard work, we will experience the very best of our country.

Just a quick reminder that if you’d like to read more about my experiences with missions, you can buy my ebook at the following link, as well as at major online sources like Ibooks and Barnes and Noble. The title is “The Missional Life. What I Learned From Engaging in Missions in East Africa.” The proceeds from this book help fund the work I continue to do in Africa. 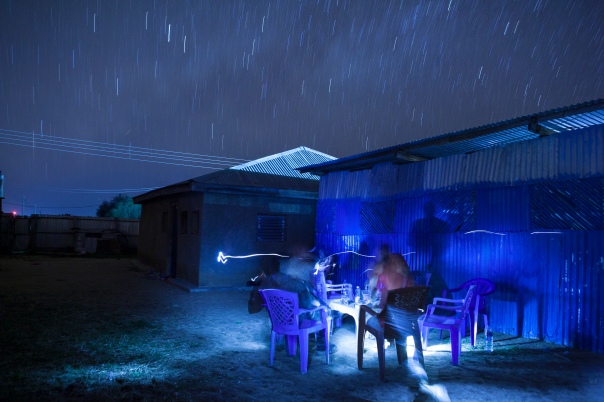