In October 1972, Private Kinshichi Akatsu of the Imperial Japanese Army emerged from the jungle of  Lubang Island in the Philippines and burned the rice collected by Filipino farmers. Shortly afterward, he was killed by two shots from Filipino police. He was probably the last casualty of World War Two. Twenty nine years after the war ended, he was still engaging in guerrilla activity for an empire that no longer existed. Kinshichi had seen the information that the war ended August 15, 1945, but refused to believe that it was true. He and four other soldiers continued to fight, and at the time of his death, only one other holdout survived with him.

Kinshichi was living the epitome of a lost cause. The empire from where he drew his authority no longer existed. Consequently, even if he were to take the entire island hostage, there would be no victory for him. There was no Empire of Japan to hand the island of Lubang over to. He was wasting his life doing nothing more than being a thorn in the side of the islanders.

Now let’s change gears a bit. Romans 8:37-39 says the following. “Yet in all these things we are more than conquerors through Him who loved us.  For I am persuaded that neither death nor life, nor angels nor principalities nor powers, nor things present nor things to come, nor height nor depth, nor any other created thing, shall be able to separate us from the love of God which is in Christ Jesus our Lord.”

I’ve always wondered what exactly it means to be “more than a conqueror.” It seems to me that you are either a conqueror or you are not, but what does it mean to be more than a conqueror? The contrast of Kinshichi Akatsu’s story helps me to understand. You see, no matter how successful Kinshichi was in his activities, he was still a conquered man, whether he knew it or not.

This causes a conundrum for Satan. He is already defeated and holds no authority over those who have been redeemed. He does not have the power to create his own kingdom, and holds no authority in the Kingdom of God. His situation is explained beautifully in the book “I See Satan Fall Like Lightning” by Rene Girard. Girard says, “Satan does not create by his own means. Rather he sustains himself as a parasite on what God creates by imitating God in a manner that is jealous, grotesque, perverse, and as contrary as possible to the upright and obedient imitation of Jesus. To repeat, Satan is an imitator in the rivalistic sense of the word. His kingdom is  a caricature of the kingdom of God.”

So what does one do if your enemy has already conquered you and you hold no authority? You try to convince your enemy that he is not in fact a conqueror. If it is impossible for you to create victory, you attempt to limit the damage your enemy does to you by convincing them that they are not conquerors. How many churches refuse to walk in the gifts of the Spirit? How many Christians walk around like they are under the thumb of the enemy? How many Christians refuse to pray for God’s healing for themselves or others? How many refuse to fulfill the Great Commission out of fear? How many let the things of the world distract from eternal things?

We are more than conquerors because there is no doubt who the Winner is. Satan can never pull victory out of a hat. He can only delay his demise, and the longer we are convinced that we are not conquerors, the longer he will last. All he can do right now, metaphorically speaking, is burn the crops of the farmers. Make no mistake though. Just as two bullets from a Filipino policeman dispatched private Akatsu, so will Satan be dispatched in the end. Let’s start living like that. 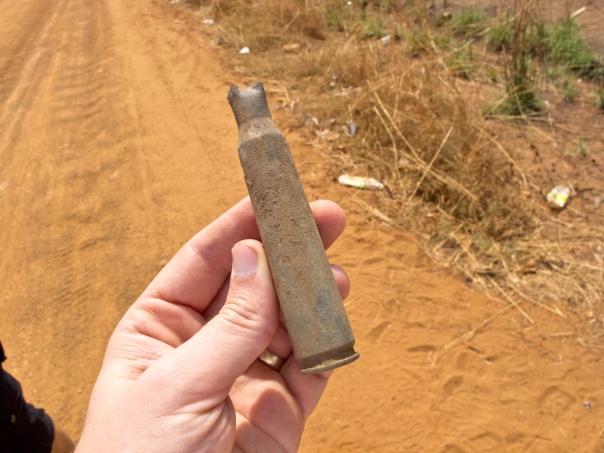