There are lots of ways to get yourself into trouble in Africa, and particularly in South Sudan, especially if you’re carrying a camera. God has watched over me in all situations, so I am blessed to be able to tell you a lot of these things from personal experience without anything bad having happened. Just as a side, all photos can be clicked for a larger view. 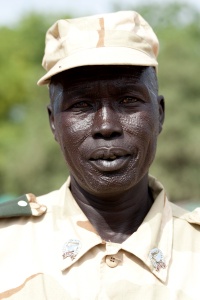 First of all, as in any undeveloped country, don’t drink the water. You would think this goes without saying, but some people still do, though it may not be intentional. If you’re taking a shower, don’t let water run into your mouth. This is the first way people drink untreated water unintentionally. The second is if there is ice available, it’s usually made with untreated water and can make you as sick as water straight out of the river.

Secondly, don’t eat any raw fruit or vegetables that have not been peeled. You really have no idea what’s been on it, and it’s a quick way to pick up a parasite.

When you’re taking pictures, be aware of what’s going on around you, as well as what you’re taking pictures of. Don’t ever take pictures of the military or police unless you have their permission, and even then maybe not. Furthermore, and what you might not think of, is don’t take pictures of infrastructure, especially in a country that’s at war. They may think you’re a spy and you’ll find yourself either arrested or shot.  Also, be aware of the political situation going on. Elections can be more dangerous times to be in an unstable country.

If you can spend some time in a village and get to know people, it’s much easier to take pictures and get the kind of results you are looking for. If you’re just passing through and are taking pictures, there’s a general lack of trust and you might find yourself in a precarious situation, even if you technically have the rights to take photos. If you find yourself in this situation, a smile and being friendly will get you out of the situation most times rather than being combative. Offer to delete the picture if it comes down to it. If however, the people aren’t truly upset about having their picture taken but are trying to take advantage of the situation for personal gain, well, that’s another story and I’m not going to give advice on that.

Blending into the surroundings is easier than you might think.  I’ve climbed a water tower before with a long lens. People see you go up, but after a while, they forget about you. People generally don’t look up when they’re going about their daily business, and it’s a way to get truly candid shots.

Now we get more into the nitty gritty. Always, and I mean always, be aware of your surroundings. Trouble doesn’t usually just show up out of nowhere. There’s usually some kind of warning beforehand, and it’s always easier to get out of a tricky situation if you avoided it altogether than to extricate yourself later.

Don’t follow regular patterns. If you do, and someone intends you harm, you’ve made yourself a target of opportunity because they know where you’ll be at what time.

Don’t pick up anything if you don’t know what it is. South Sudan is full of mines and unexploded ordinance.  Even if an area has been declared free of mines, stick to where there is obvious traffic.  Also, if you see a line of rocks with paint on them, the white side of the rock means the area has been checked for mines and cleared, the red side of the rock has not. Stay on the white side.

Finally, don’t travel at night. And if you must travel, make sure you can stay within sight of other vehicles if at all possible. Again, most situations can be avoided if you don’t make yourself a target of opportunity.  I hope this was helpful.